Given the catastrophic harms evident in 2017 from a relentless sequence of floods, fires, and hurricanes around the world, one shudders to imagine what would happen if today’s global mean temperature increase of around one degree centigrade were tripled or quadrupled in the next half century as some climate scenarios project. The fact that both the catastrophic events and the slow-onset impacts of climate change often create a disproportionately large burden for those living in the least developed countries ramps up the moral stakes pretty high. It is incumbent on people of good conscience to do everything they can to help mitigate the climate risks faced by the most vulnerable. Climate engineering with stratospheric aerosols, its advocates suggest, has the potential to provide some relief from these impending harms.

In the same way that large volcanic eruptions throughout history have cooled global climate by a degree or two for a couple of years, so might strategically deployed injections of particles into the stratosphere also cool the planet for a short period. The particles act like a very diffuse form of sunshade. If these injections were sustained for a few decades and carefully calibrated, they might arguably be used to “shave the top off the curve” of rising global temperatures while more permanent reductions in greenhouse gases were made. Preliminary field tests of these dramatic new technologies are scheduled to begin in 2018. Meanwhile, the ethical and political issues they raise are acute. 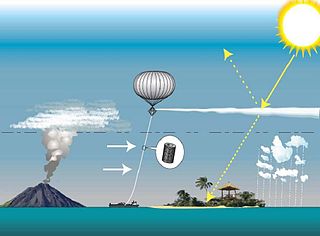 While advocates of climate engineering research suggest the technologies are morally desirable – or even morally obligatory – it would be a terrible tragedy if any attempt to climate engineer with the injection of stratospheric aerosols were to add to existing climate injustices. Although those who advocate most cogently for stepped up research into climate engineering often have the best interests of the world’s poor in mind, questions remain over whether and how the most vulnerable would benefit. It is not impossible that, in some cases, climate engineering could exacerbate injustices rather than alleviate them.

In the growing literature on climate engineering, a number of worries about the potential for multiplying injustices are commonly cited. For one thing, the types of technology developed and the way the technologies are tailored is likely to be controlled by a small set of suitably placed nations. There is no guarantee that different global populations would have their fair say. For another, particles placed in the stratosphere are likely to disrupt rainfall patterns. When you change the energy balance of the atmosphere, strange things happen to the hydrological cycle and the exact effects on precipitation are very hard to model. Finally, the politics around climate engineering deployment is likely to be skewed by the influence of the most geopolitically powerful countries. If care is not taken, even if global temperatures were reduced overall by climate engineering, various factors could conspire against the interests of the most vulnerable.

As a result of these worries, climate engineering watchdogs have asked for a closer scrutiny of the idea that vulnerable populations would necessarily benefit from the deployment of these earth-shaping technologies. To date, most of the discussion of climate engineering has taken place in wealthy nations that include the United States, the United Kingdom, and Germany. A number of commentators have demanded the inclusion of a wider variety of populations in discussions about research and governance. An early effort known as the Solar Radiation Management Governance Initiative set out to to “expand the global conversation around the governance of SRM geoengineering research.” A colleague and collaborator named Wylie Carr has done just this.

Between 2012 and 2014, Wylie traveled to the Solomon Islands, Arctic Alaska, and Kenya to interview people who were already feeling the harms of climate change about their views on climate engineering. Carr conducted over a hundred in-depth, semi-structured interviews averaging over an hour in length at three research sites. The rich qualitative data he gathered provided a wealth of insights on participant perspectives on climate change and climate engineering. Some of his findings were surprising.

One of the results that emerged was that a significant number of those interviewed displayed what could only be described as a “reluctant acceptance” of the need for further research into climate engineering. The harms of climate change were already too real and too transformative for people not to be open to any proposal that might help. One Alaska Native summed it up by saying “I think that due to the devastation that’s occurring with climate change already, that we see here, we have to look at other means.” Carr heard in the voices of many of the people he encountered a sense of desperation about what was already happening to them and an eagerness to see those impacts end.

The reluctant acceptance of the need for research expressed was, however, highly conditioned. Whether it was in sub-Saharan Africa, the Pacific Islands, or the Arctic, interviewees were painfully aware of the economic, political, geographical, and technological starting points of their people. A consideration that ethicists had for the most part not anticipated was how climate engineering had the potential to recreate historical patterns of power relationship, leading to the subjugation of vulnerable people via the technologies of richer, more powerful nations. Even as they expressed reluctant acceptance of the need for research, some of Carr’s respondents worried it might be “a bad way out of a dire situation,” one that might only exacerbate existing imbalances in power.

One of the things that this research and other recent commentaries makes clear is that viewing the moral argument for climate engineering solely in terms of the question “does it lower temperatures?” might provide an overly restricted view of the moral issues in play. While justice clearly has a lot to do with avoiding the physical harms associated with temperature increases, it also involves complex issues of power, history, vulnerability, and the capacity to decide one’s own future. In the light of this, climate engineering must not only be just, but it must be just in ways that are most relevant to the most vulnerable.

The research Carr conducted shows the importance of opening up questions of climate engineering justice beyond simple questions of temperature reduction. Climate change poses serious and escalating threats. Credible technical solutions have to be taken seriously. However, a lot of in-depth work needs to be done in order to fully understand the complicated moral calculus at play.

Stay tuned for more on a discussion that is only likely to grow in importance over the coming months and years.

* You can find more introductory information about the technologies and the accompanying ethics here, here, and here. Follow this link to the journal in which Wylie’s and my co-authored article will be published.

3 Replies to “The Ethics of a Global Sunshade”