A recent BBC news story documented one man’s efforts to clean up plastic waste in the Arctic. It is the sadness and resignation in this man’s eyes that sticks out.

The presence of plastic everywhere you look in the Arctic is leading Norwegian fisherman to fear that their catch will lose its reputation some of the world’s cleanest. To people who live at the top of the world the plastic is a cause for perpetual despair. If there, then it must be everywhere.

Of particular concern to the fisherman is the presence of so-called “microplastics.” These are tiny, broken-down fragments of plastic that get ingested by birds, marine mammals, and fish as they spread throughout the environment. The Norwegian Polar Institute reports that there are over two hundred of these fragments in every litre of arctic ice.  Northern fulmars, a common scavenging sea bird, are attracted to the brightly colored morsels and have been found to have several hundred pieces of micro-plastic in their stomachs. Just above the intertidal zone, reindeer are being found dead on northern beaches with their antlers tangled up in discarded plastic fishing gear.

The Norwegian plastics collector profiled by the BBC knows his work is just a drop in a large ocean. But he finds it worthwhile. “I pick up this little piece of litter and its gone.  It won’t go out to sea again.  It helps.”

The story of plastics getting everywhere is not a new one. Most people know about the Great Pacific Garbage Patch, a collection of two islands of floating plastic, caught in circulating Pacific currents.  The Atlantic and the Indian oceans have their own vortexes that also trap plastic. In every case, the plastic is slowly being broken down into the smaller ingestible pieces by the action of sunlight and waves. Since much of the garbage is either several feet below the surface or has sunk, it is almost impossible to measure the extent of these islands of plastic waste. They are each thought to be several times the size of Texas.

Onshore environments also face the scourge of microplastics. Awareness of the presence of plastic filaments washing off garments during the laundry cycle has spurred studies of their presence in Montana rivers. Toothpaste and soap manufacturers have been forced by regulations passed during the Obama administration to remove from their products plastic microbeads that served as exfoliates and abrasives. Some garment manufacturers (for example, Patagonia) have supported scientific research into microfibers and are recommending customers wash their synthetic garments in a bag that operates as a filter for loose fibers.

Municipalities are also starting to wake up to the things they can do to stop the spread of plastic throughout the world’s waters. Malibu recently banned businesses from providing single use straws, stirrers, or cutlery items. February 23rd this year was National Skip the Straw day, an effort to stem the tide of the 500 million single use straws that are thrown away every day in America (enough to encircle the earth 2.5 times).

Advocacy groups such as A Plastic Planet have formed to take on the plastic challenge. In one major successes, a Dutch supermarket chain, EkoPlaza, has partnered with the group to create aisles in its stores with not a single item wrapped in plastic packaging. Activists hope this statement to consumers will be a “turning point in the war on plastic pollution.”

The presence of plastic and plastic waste in every corner of the globe has led some people to refer to the current epoch as the Plasticene. Archaeologists looking back on this age a few thousand years from now will certainly find that the presence of plastic is one of the defining markers of the time in which we live.

The scientists who formally study the naming of historical epochs tend to agree. In a paper in the journal Science published in 2016, researchers found that the presence of plastics was one of a number of indicators that the earth had left the Holocene behind and entered the new epoch of the Anthropocene. Aluminum, concrete, and plastic will remain in earth’s sediments in the form of what they call “technofossils.” Other researchers agree that the works of humans are literally changing the earth’s crust.

If there is a single, general lesson about human character to take from all these observations about plastic it might be that our species is appallingly messy. Whether it is plastics, pesticide residues, carbon dioxide, methane, PCBs, or radionuclides, we have put a lot of stuff in places where it does not normally go. Some of it is bad and it will do harm to ourselves and to the earth for many centuries to come.

With plastic pollution and carbon dioxide, the holes we are digging ourselves are getting bigger every day. The garbage patches in the ocean are already almost impossible to clean up. The amounts of carbon dioxide and other greenhouse gases we have put into the atmosphere are not just big but also technically challenging to remove. In both cases, however, it would be beyond slovenly not to try our best to clean them up. 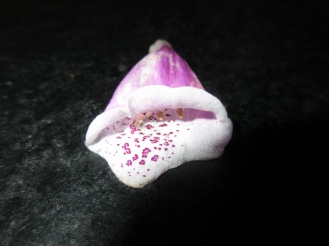 Atmospheric chemist and Nobel Prize winner Paul Crutzen suggests that the mess we have created is so big that we must adopt entirely new targets for environmentalists to pursue. From this point forward, thinks Crutzen, “It is we who decide what nature is and what it will be.”

The sentiment is understandable but dangerous. Despite the scale and the difficulty of the challenge, a changed earth is not a license to do away with the idea of restoring the natural world altogether.

Restoration remains an empowering vision.  Let’s hope that the Plasticene, the world littered with plastic, doesn’t completely undercut the idea of a beautiful, vibrant, and cherished natural world that can be re-found underneath all our mess.