The Nazis were only trying to hide a big ship.

Anchored in the Norwegian fjords as a deterrent against a northern invasion, the massive German battleship Tirpitz had proven effecting at keeping the British Navy at bay. Its mere presence had also made the sending of conveys around northern Norway to resupply Russia much less enticing. So intimidating were the Tirpitz’s eight fifteen-inch guns that the British ships avoided the area as much as they could. At the same time, the Allied navies were forced to maintain significant resources in the area to keep an eye open for any movement from one of World War II’s most powerful weapons.

The Tirpitz was also, of course, an extremely juicy target for the Royal Air Force.

The Germans’ method of protecting the ship from aerial threats was to create clouds of chlorosulpuric acid beneath which the Tirpitz could hide. It did not matter if the bombers knew through reconnaissance and radio intercepts the fjord where the battleship was anchored. If they could not see it when they got there, they could not drop their weaponry on it.

The smokey camouflage did its job effectively for more than two years until the Tirpitz’s luck eventually ran out. RAF Lancaster bombers from No. 9 and No. 617 squadron – the famous ‘Dambusters’ unit – eventually put enough bombs through the hardened decks to capsize the enormous vessel. Close to a thousand sailors died. 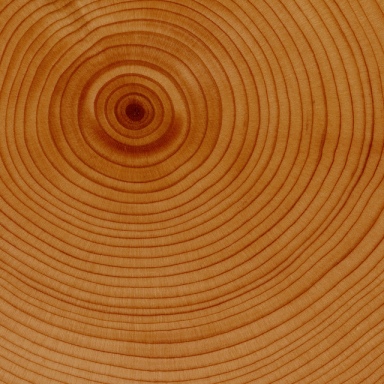 It turns out that the legacy of the Tirpitz was not just the huge loss of life that its pursuit and destruction involved. The chemical smoke deployed to hide the ship left a lasting mark in the surrounding forests.

Dendrochoronologists from Johannes Gutenberg University have discovered that some of the trees in Karfjord where the Tirpitz was often stationed show no growth for the nine years that followed 1945. Normal patterns of tree rings were not resumed for another three decades.

In the BBC story about the findings, Claudia Hartl suggests that “warfare dendrochronology” is likely to reveal similar impacts elsewhere. Military conflict is a potent ecological force.

My partner is a landscape gardener by profession. She has rough time in the late summer months when wildfire smoke increasingly fills the valley in which we live. Working outside in that sort of air is not good for your respiratory system. With a short summer season in the mountain west for making money, staying home is not really an option.

Last summer was a particularly bad year for smoke. My wife observed (anecdotally) that many of the plants she worked with seemed to remain surprisingly vigorous even into the later parts of the summer. It was only a casual observation, but gardeners know that diffuse light is more favorable to photosynthesis than the strong sunlight that typically beats down in July and August in our area. Scientists confirm that scattered light increases photosynthetic activity.

Whether smokey summers are good for plant growth overall is not something I would want to guess at. There is evidence that the wildfire smoke can also hinder the growth of deciduous trees by blocking stomata. Nevertheless the anecdotal evidence is interesting.

Nazi attempts to camouflage their battleships with chlorosulphuric acid and today’s wildfire smoke in Montana gardens may not seem like topics that belong in the same conversation. For one thing, the signals point in opposite directions. One action inhibited growth for several decades. The other increased growth for a couple of months of late summer. One happened as a consequence of an intentional act during warfare. The other is an accidental consequence of a warming planet.

Within both of them, however, is found a salutary lesson for our time. Human actions are woven into vegetation patterns in ways that are both surprising and pervasive. German naval officers did not plan to impact the forests that reach up the mountainsides of Norwegian fjords. Heavy greenhouse gas emitters are not trying to create larger cabbages. Yet that is exactly what each of them have done. (High CO2 concentrations also happen to serve as a “fertilizer” that stimulates plant growth).

In the so-called Anthropocene epoch, “untouched nature” has vanished. The entire world feels the human influence. Whether the cause is wildfire smoke, chlorosulphuric acid, or CO2, it is clear that plants are not doing what they would be doing without these human-caused influences.

To some extent this has always been the case. But the increasing number of ways our species exploits nature means that humans are today woven increasingly tightly into their surroundings. (See previous posts here, here, and here for further examples).

This reality begs a big question that Anthropocene thinkers have so far not been very good at answering.  Should humans try to slowly extract themselves from the more egregious of their entanglements and diminish their impacts? Or, should they get more entangled and increasingly bend planetary systems in directions that accord more favorably with their interests?

The metaphor of “gardening” the surrounding world offers an environmentally palatable version of this bending. How aggressively to “garden” has become a key question in contemporary environmental circles, a question that I begin to explore in The Synthetic Age.

But if “how aggressively to garden” is the only question, then an important option – the disentangling one – has been taken off the table. I’m all for looking ahead at what needs to be done in this new epoch, but I think it would a shame to relinquish any of the viable options prematurely.

As Wilderness Act author Howard Zanhiser insisted half a century ago, there is valuable moral territory in Homo sapiens considering themselves “guardians” and not “gardeners” of what lies around them.

Let’s not give up on the idea of guardianship too soon.